How just a few minutes and vehicle location data from DRN added up to $24,000 saved for one insurance company.

We all have them, those moments when the light bulb just goes off in your head and you see possibilities where before there were none. That’s just what happened for the SIU Manager at Electric Insurance Company® when he was introduced to DRN’s vehicle location data to combat stolen vehicle claims – data that uses license plate recognition sightings (over 100,000,000 million gathered every month nationwide) to help locate vehicles. Electric Insurance already had a very high recovery rate of stolen vehicles, but vehicle location data added a layer of capability that simply did not exist for the company.

Here’s where the light bulb starts to go off. He signed a contract on Friday, 11/20/ 2015, to use DRN’s data to find stolen cars. Then he loaded six stolen vehicles into DRN’s Live Alerts system (no charge to add vehicles). In four days, on Tuesday, he received a Live Alerts hit, an email notification that an entered license plate was spotted by DRN within the last 10 minutes. A further search of recent historical data showed that the car had been on the same street at the same location for a week, so it was highly likely that the car could be recovered at that location.

Next, the SIU Manager did an extensive search using DRN’s data on the other five cars. DRN’s Event Links system that provides data of license plates by recent and most popular locations showed the car, a 2011 BMW, had been spotted a month prior. And when the SIU went to find the car, it was there. The police were contacted and the car was recovered. The claim was scheduled to be paid the day of the recovery; so they recovered the car in the nick of time saving $32,000 from going out the door. The car had some minor damage that added up to $7,400 and a towing charge of $200.

So let’s do the numbers: 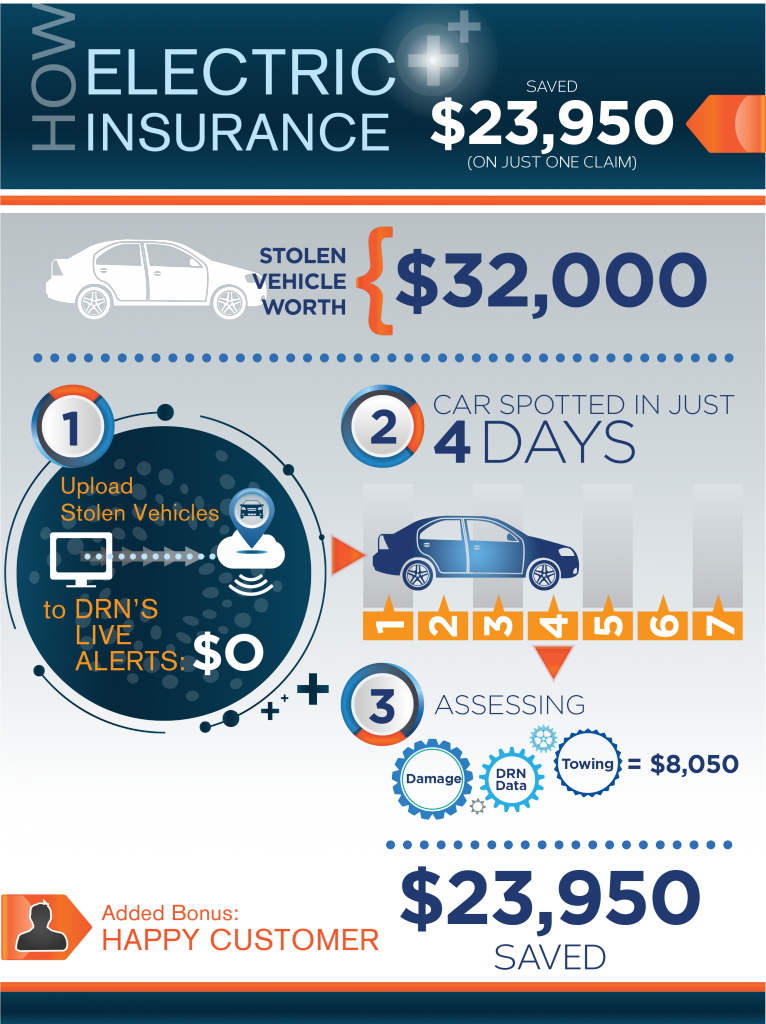