Location Services Loses to DRN Again with the Court Noting “[A]ntitrust laws were enacted for ‘the protection of competition, not competitors’”

FORT WORTH, TX – NOVEMBER 9, 2018 – Digital Recognition Network (DRN), an AI and data analytics company that provides vehicle location data and analytics to auto lenders, insurance carriers and other commercial verticals, today announced that on November 5, 2018, a U.S. District Court Judge in the Northern District of Texas ruled in its favor and dismissed an antitrust case brought by Location Services, LLC.

“We are pleased with the Court’s decision and are grateful for its time and attention to the application of the facts and the law in this case,” said Todd Hodnett, Executive Chairman and Founder of DRN. “But the truth is: our judicial system never should have been burdened by such a frivolous lawsuit. Since the moment this suit was filed, DRN has adamantly maintained that it was nothing more than a marketing campaign disguised as an antitrust lawsuit. The timing of the suit was suspect, as it was filed just days before the largest repossession conference in the U.S. Plus, its complaint read more like a marketing slick sheet for its products and services than a legal complaint. We feel vindicated by the Court’s ruling.”

In the case, Location Services asserted that DRN “is violating antitrust laws by unlawfully maintaining monopoly power in the market for license plate recognition (‘LPR’) data used for vehicle repossessions and recoveries.” Specifically, Location Services alleged “DRN’s dominance stems from its large network of vehicle repossession agents and its prohibition against those agents working with competing LPR providers for a full year after they terminate their contract.” The Court cast aside Location Services’ arguments, finding that its allegations were speculative, conclusory and did not have any factual support.

In addition to being speculative, the Court concluded that Location Services’ arguments in this regard “make no sense.”

“We have already put this case in our rearview mirror and remain committed to offering superior value and continuing to invest in technology, systems and customer service processes that benefit recovery agents, and continuing to pay those agents industry-leading revenue shares,” added Hodnett. 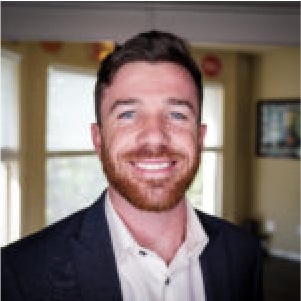